The INAUGURATION of the Public Art Piece the Motional Figure

The sculpture was loaded onto the trailer; we had bolted wheels to it to make it easy to move around. Driving from Chawston to Elmbridge took about 2 hours,

The Motional Figure arriving at the X-cell Complex, With the Borough Surveyor Richard Walters and Liz Taylor the Arts Development Officer attending along with the ground work contractors to make the surface finishes the next day. Julian and I installed the sculpture, removing the wheels and using a jack lowering it onto the bolts, adjusting the level and bolting it down tight. the sculpture was then installed. The ground work shape was not quite as we had expected, and the contractors had invented their own version of the ground covering outline, not quite the oval that was previously understood to be the intention. 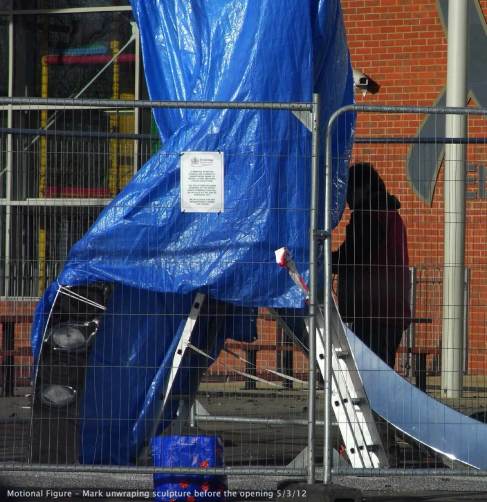 The next day I made some finishing touches ready for the public art opening: 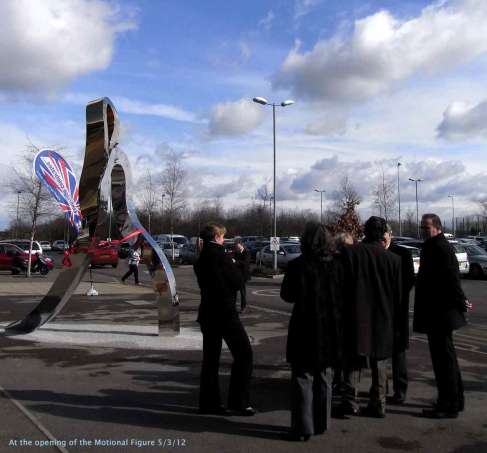 The Mayor and Mayoress arrive

Waiting for the inauguration 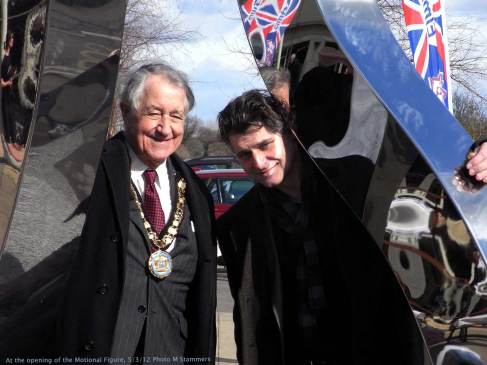 A photo shoot with the Mayor of Elmbridge and the sculpture 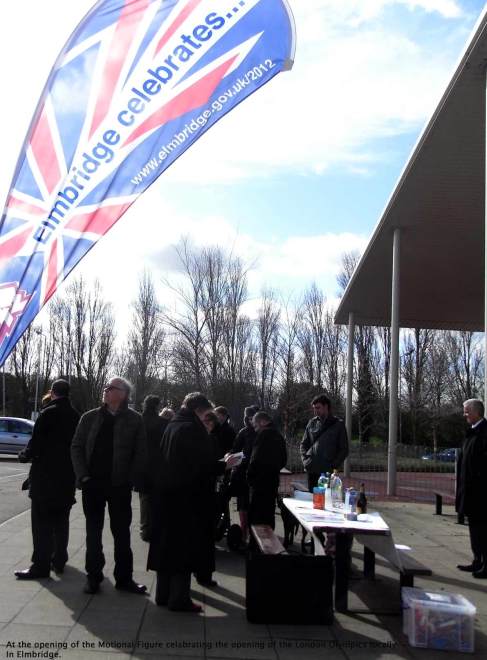 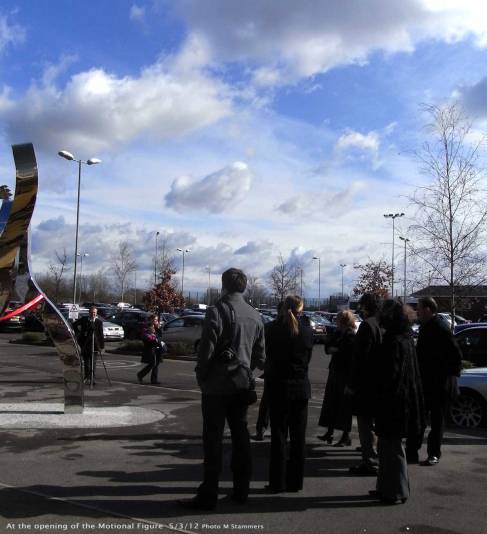 The artist, friends and some family.

Is a Visual & Fine Artist making abstract Sculpture & Painting, public art and commissions.
View all posts by Mark Stammers →
Aside | This entry was posted in Uncategorized. Bookmark the permalink.